With the objective of sensitising local stakeholders to the essential elements of the procurement provisions of the CARIFORUM-EU Economic Partnership Agreement (CF-EU EPA), on 21st July 2016 a Training in Public Procurement was organised in Kingstown (St. Vincent).

The session was attended by 25 participants, the majority of whom were government officials from various Ministries across the Government of St. Vincent. Also present were representatives from the private sector and from the media.

After the welcome speech of Ms. Nakeisha Morris, of the Ministry of Foreign Affairs, the Training started with the presentation of Mr. Edmond Jackson, of the Ministry of Finance and Economic Planning. Mr. Jackson spoke about Public Procurement and the significant impact that it has on economy. He also highlighted that St. Vincent does not have a large economy but has procurement practices that are in line with current international best practices.

The second speech was given by Mr. Richard Panton, the Consultant of Equinoccio responsible for conducting the workshop. During his speech, Mr. Panton provided a basic awareness of the public procurement provisions of the EPA, its effect on national and regional development, and he provided information on the planned CSME public procurement regime.

A lot of interest was shown by participants on the following topics:

This training course is an output of the CARIFORUM/EU Capacity Building Project which is funded under the 10th EDF. A consortium led by Equinoccio, which includes the London School of Economics, SGS and Maastricht School of Management is implementing the project. 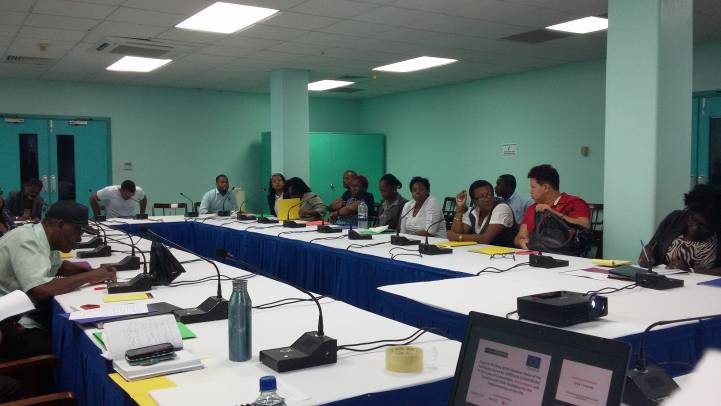