On July 19th 2016 a Public Procurement Workshop in Guyana was organised. The overall objective of the training was to sensitise the local stakeholders to the essential elements of the procurement provisions of the CARIFORUM-EU Economic Partnership Agreement (CF-EU EPA), the basics of public procurement, as well as a summary overview of the Framework Regional Integration Policy (FRIP) on Public Procurement, which is to be implemented within the CARICOM region.

The Minister of Finance, Mr. Jaipaul Sharma, opened the Workshop with a brief background on the project and its genesis. During his presentation, Mr. Sharma spoke about the significant impact that Public Procurement has on the economy as it accounts for approximately 30% of GDP. Also, the Minister highlighted the fact that Guyana is on the way to having the Procurement Commission fully implemented despite major delay over the past years. To conclude, he remarked that a Bid Protest Committee was instituted during the past year and it has since received its first complaint regarding a very large government procurement process.

After this presentation Mr. Richard Panton, the consultant of Equinoccio in the project, took the floor. Mr. Panton provided a basic awareness of the public procurement provisions of the EPA, its effect on national/regional development and provided information on the planned CSME public procurement regime. The session closed with advice for suppliers in doing business with Member States.

The session was attended by forty seven participants, the majority of whom were procurement practitioners from various Ministries across the Government of Guyana. However, there was a very good distribution of representatives from the private sector, the media and other Government officers.

This training course is an output of the CARIFORUM/EU Capacity Building Project which is funded under the 10th EDF. A consortium led by Equinoccio which includes the London School of Economics, SGS and Maastricht School of Management is implementing the project. 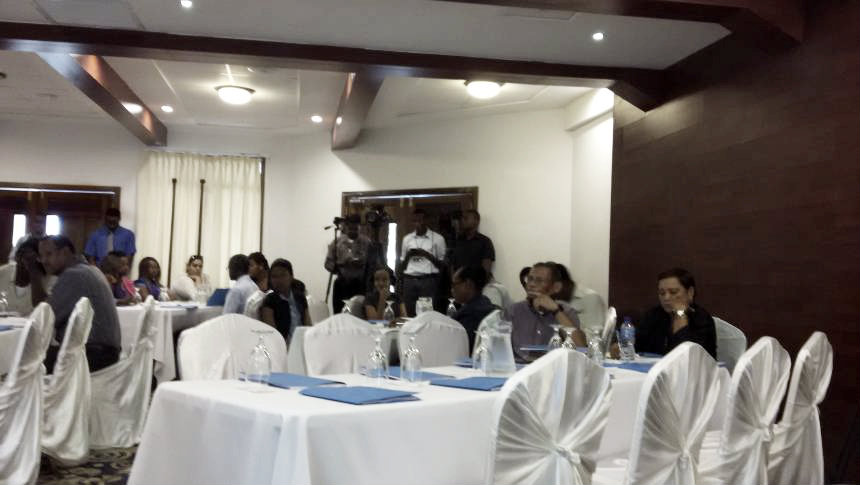